Parents are the first and most influential teachers and advocates for their children. They sometimes just need to be reminded of this incredible task, especially if and when they face past memories and challenges from their own childhoods, which ultimately affect their own parenting. My role as a Family Educator is to help parents understand their child’s current needs for physical,  social, and emotional development, as well as necessities for nutrition and safety. I also connect them with other relevant resources available in their community. With these tools, parents are empowered to make the choice best suited to teach and take care of their family.

Parents: Do Not Keep Quiet

There are times when I first have to remind the parents that without their voice, their child doesn’t have an opportunity to speak up for themselves. For example, it can be easy to take professional advice without any discussion. But when medical, health, or educational service providers, as well as other primary caregivers, suggest recommendations, I reassure parents that it is vital for their child’s optimal health and development to give feedback and ask questions. Parents should know their own children best, and are, therefore, the best judge of their child’s behaviors, needs, and well-being.

Parents I have worked with in the past have shared success stories of being a voice for their children. This next story is one I hear often from parents. One dad shared,

“My son was struggling everyday in class.  He was unable to sit still and stay focused.  The school recommended a certain plan of action for my son. It included staying inside for recess and working on schoolwork.  But I thought, ‘I don’t think this is right, he needs to burn off his energy, so I spoke up that I could not agree with all of the plan. Without your push to be the advocate for my child, Marcia, I might have just gone along with what the advisors suggested. Instead, my son saw that I stood up for his beliefs. Because I spoke out for him, I believe it has helped him improve his behavior, because he fully knows that I support him. He listens better to the teacher and participates more willingly in the classroom. His schoolwork has improved, and I even think his studying habits are becoming more of a usual, expected routine.”

Another success came from a young, single parent who was told by her peers that her baby was just fine, and that the symptoms presented were just a viral infection. She was advised that it probably was not worth her time to take her daughter to the medical emergency room. The young mother shared,

“My daughter usually smiled to greet me, but she had not smiled all afternoon. I knew something wasn’t right, so I listened to my motherly instinct and took her to the ER.”

Her expertise with her own child resulted in an early diagnosis of pneumonia. Had she waited much longer to seek treatment, her daughter would have been hospitalized. “The doctor commended me for taking action even though my friends said not to.”

The Cycle of “Lead By Example”

Parents who communicate with providers and authority are setting the example for their own children’s future. The child will grow up in an household observing how the parents converse with each other and others and understanding how those discussion are key to providing the best care and environment for the child’s life. The child, in turn, will grow and flourish into adulthood, being the best advocate for their own children. This cycle will create stronger families, communities, and a stronger nation for generations. Hello, my name is Brooke Kunkel and I am the new prevention coordinator at Helping Services in the Decorah office. I grew up in Kieler, Wisconsin which is across the bridge from Dubuque. I spent most of my childhood on a dairy farm, where my sister has taken it over from my dad. My mom… 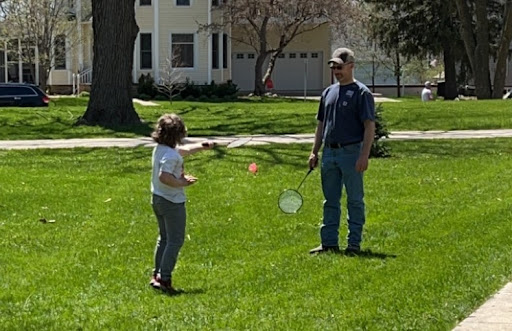 Are you looking for the opportunity to fill your summer hours with experiences, opportunities, and the chance to make a difference in the life of a youth? Summer is a great time to become a mentor! Mentoring is simple, commit to a minimum of one year and spend a minimum of four hours a month… January is National Mentoring Month! Helping Services for Youth & Families is celebrating mentoring friendships and inviting others to engage in their community with the theme ‘Take ONE step to build a friendship. Become a mentor!’  Mentoring has a positive impact on youth. Research confirms that quality mentoring relationships bring about powerful and positive changes…