For ten years, April had been an only child. Then her brother was born. She found it challenging to share her mom’s attention after her little brother arrived. Mom worked full time, and her stepdad was a railroad worker who was often gone for days and weeks at a time. April got to see her dad about once a month. During this time, life was very challenging. April’s group of friends was changing, and she did not know where she fit in. They were her friends one day, and then suddenly they were not. She found it difficult to make and keep friends at school. She was not making healthy choices because she felt a great deal of stress. April spent a lot of time alone in her room. She kept to herself because she really did not know how to handle these stressful feelings.

April was 12 years old when she first began spending time with her mentor, a junior at Luther College. They enjoyed many bike rides together and often sat by the Upper Iowa River just visiting. When April wanted to talk, her mentor generally did not say much. April found that weird at the time. Looking back, she understands that her mentor was giving her the opportunity to let it all out and let go of the stress from her home and social life. The mentor would question April’s choices, but she never made her feel badly about them. Instead, they talked about how things might be done differently next time. They did not dwell on the mistakes and usually changed the mood by doing something fun. This was how their relationship worked during their two-year match.


“My mentor showed me the importance of finding an adult you can trust and confide in. It did not have to be someone with all of the answers, but she taught me it was not good to keep it all in because that rarely solved anything,” shares April.

April’s life course changed dramatically because she was mentored as a young person. She has come full circle and has volunteered as a mentor herself. Now she is a wife, a mother, a full-time Upper Iowa University student, and a part-time North Fayette Mentoring Program coordinator. Her favorite aspect of serving as a mentoring coordinator is seeing kids of different ages interact and spend time together, having fun while leaving no one out. As someone who struggled at their age making friends, she loves watching them enjoy a joy-filled and stress-free time.
Photo credit Mike VanSickle Fayette County Union
]]> Mentoring makes a life changing impact on youth, their families, and mentors. A parent recently shared, “My son needs a positive male influence in his life. He is the type of person that will follow what his friends do, just to be included. Every Tuesday morning when my son wakes up to go to school,… 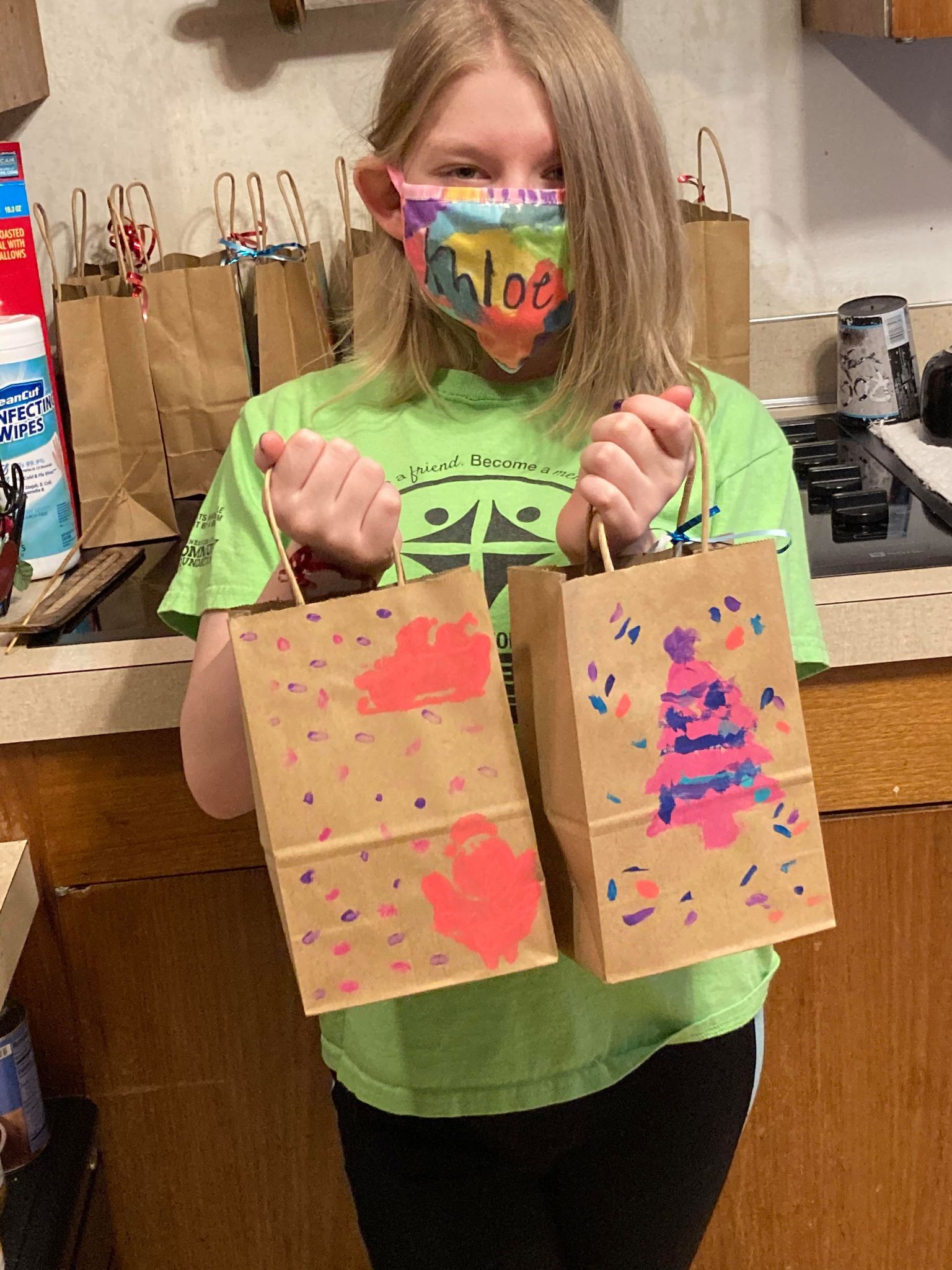 Autumn Nolan from Cresco Iowa became a mentor to Khloe Stermer in February of 2020 through Youth Mentoring at Helping Services. 2020 has been a different year for us all, this amazing match took it upon themselves to spread some much needed “joy” in Cresco.  Autumn and Klhoe created specialty gift bags they called “joy…